NAMED THE WORST album of all time by the NME, who gave it zero out of five stars, there are no half-measures with Mr. Bungle’s sophomore effort. People either love or hate Disco Volante, an uncompromising album that makes the band’s debut sound like the funky pabulum of the Red Hot Chili Peppers.

END_OF_DOCUMENT_TOKEN_TO_BE_REPLACED 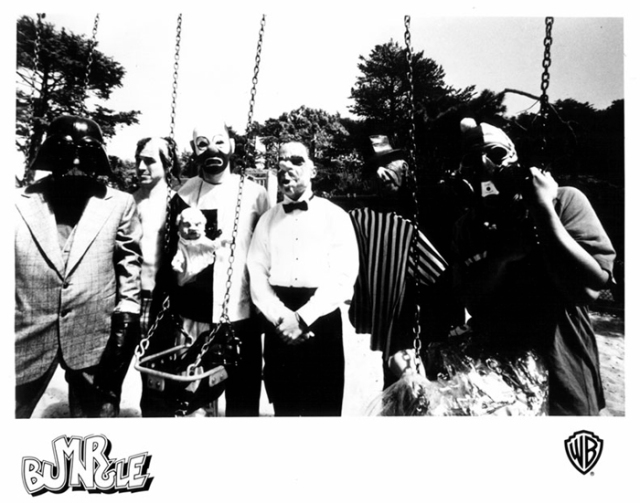 The main thing we see when we look into an audience is people laughing at us. It’s perfect…. They just have this look on their faces like they’re watching a cartoon or something.

LIKE MANY PEOPLE of my age who grew up with Faith No More’s adventurous alt-metal in the nineties, I eventually discovered their singer Mike Patton’s ‘other’ band and promptly had my quaint ideas about music exploded forever. Mr. Bungle gave new meaning to words like ‘eclectic,’ ‘alternative’ and ‘extreme,’ irrevocably corrupting my mind and opening my unsuspecting ears to a new dimension of musical possibilities.

END_OF_DOCUMENT_TOKEN_TO_BE_REPLACED

only the truest of facts

one terrible comic per weekday, by Ryan Morrison

Feed Me Weird Things! broadcasts live every Friday morning from 2 till 5am Central Time on WORT 89.9FM, Madison, WI and streaming worldwide and archived at www.wortfm.org

young and wet behind my ears

Steve For The Deaf

Certain Songs Get Scratched Right In

Musings on the world of alternative and independent rock music.

The official blog of Melbourne's Astor Theatre. Fine films and atmosphere since 1936!

Listening to every album on the '1001 Albums You Must Hear Before You Die'. Rambling about them.

Well, I'm dyslexic so writing about something I love: Music, might help but it's most likely just full of mistakes. That title is also lyrics from The Drones song called I Don't Want To Change. Oh, my name is William and thanks for having a look.